The castle of Gratot
MENU

Perceval – The Knight of the Grail

THE GRAIL THEATRE COMPANY RETURNS WITH A GREAT HISTORICAL EPIC STAGED IN THE NATURAL SETTING OF THE CASTLE.

After a childhood spent in the heart of the forest, someday Perceval meets King Arthur. As soon as knighted, he throws himself in the Quest of the Holy Grail from which depends the fate of the Round Table.
From apprenticeship to fights, the myth unwinds the eternal struggle between Good and Evil, embodied by Merlin and Morgan le Fay.

MYSTERY AND REVELATION: WHAT IS THE SECRET OF THE GRAIL?

Chrétien de Troyes and Wagner’s Parsifal opera are the background stories to this epic. The show carries the audience to the Other World, the world of the Grail guarded by the Fisher King and surrounded by the dark forces of Klingsor…
Will Perceval, a wild young being raised in the forest and whose language is not that of men, come victorious out of his fight against Evil? Will he dare ask the Grail the right question? What revelations await King Arthur while he is threatened by the dark intrigues of his half-sister Morgan le Fay? 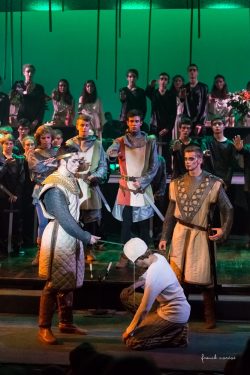 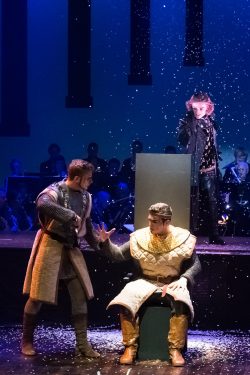 A SHOW FOR ALL, CHILDREN AND PARENTS

The epic is a sound and light show featuring the Arthurian characters – Lancelot, Gauvain, Merlin… created and staged by the Grail Theatre Company. All, adults and younger ones, are enthralled by the music, costumes, lights and texts into magical enchantment, mystery and the intensity of the Knights of the Round Table battles scenes. 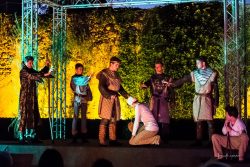 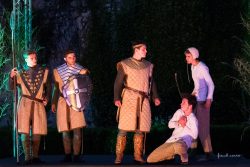 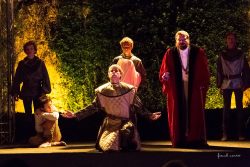 AN EPIC SHOWCASED IN A HISTORIAL SITE

Historical stones are the perfect stage for Perceval’s Quest and the adventures of the Knights of the Round Table. Magic, mystery and fights will enhance the Middle Ages Main House and towers of the Castle.